At Changebhai, one of the most common targets of the citizens filing issues under the ‘Civic’ category is the ‘Garbage Bin’. Overflowing garbage bins. Dirty area around the garbage bin. Garbage not picked up for days at a stretch. And so on..
I, for example never took this issue seriously ever. I once remember passing by an overflowing and stinking garbage bin and telling my mother in my usual what’s-the-big-deal tone ‘It is impossible to keep these bins clean in India. Have you see the variety of garbage thrown here? And the number of people who stay in this locality. Don’t think that can ever happen.’

Never say never, folks. I was passing by an army area in Pune yesterday and look what I saw. 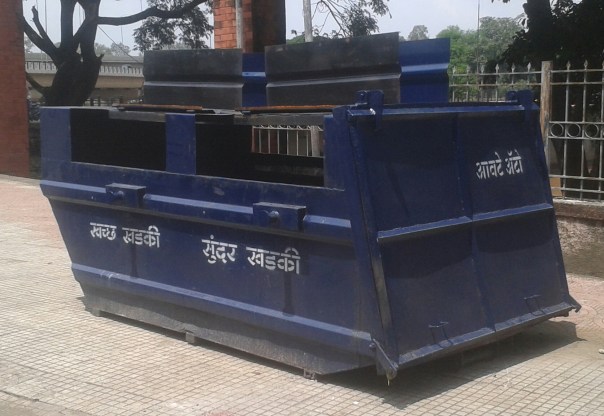 It is Ganpati time in Maharashtra and this bin was kept in a fairly crowded area open to civilians and right next to a water body where the idol immersions were happening. And boy, look at it. Neat. Painted. Organized. A good example for our municipal corporations to follow. What say?