Team ChangeBhai embarked on a nation wide  ‘Ground Engagement Campaign’ for schools and colleges last month.  We are covering hundreds of such institutions, small, big, government, private and so on. Have a look at the pictures below from one such campaign. 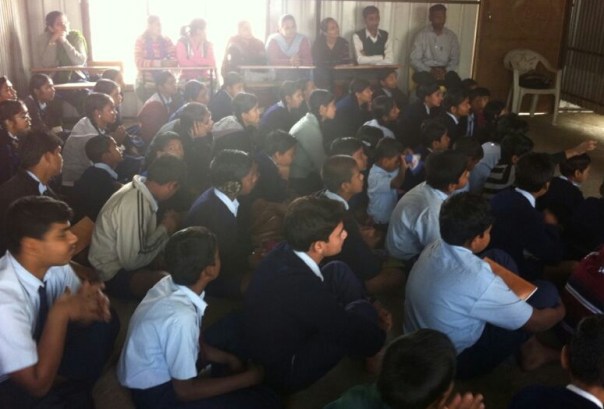 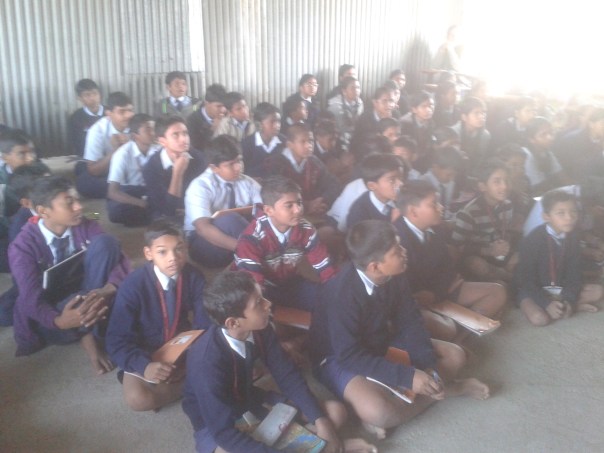 These are students of Laxmibai Nandgude International School, Pimpri Chinchwad.

We were to take a session on ‘How to use ChangeBhai to report issues” in this school. A peep into the window of the makeshift tin room where the students were seated and my colleague whispered to me “Dude, I bet none of these kids would have access to internet. We need to drop the original plan of educating the kids about ChangeBhai..let’s not throw that whole ‘tagging the issue on a map’ gyan here..no point..why to bug the poor kids…nahi samjhega inko”

There were around 60-70 kids from 8th, 9th & 10th standards, girls seated on one side and boys on the other. Around 10-15 teachers were sitting on either side of the small jam-packed room.

I began the session with the general gyan on social issues that we face on day to day basis. As I was about to introduce the portal to the students, I thought of asking the students some questions to gauge their ‘internet awareness level’ so that I can tweak my pitch accordingly.

“So, how many of you use internet regularly?” , I ask, expecting 4-5 kids to raise their hands.

Barring 2-3 girls, all of them raise their hands. Yes. All!

“What about mobile?..How many of you have it?”

“Do you use any apps on your phone?”

My colleague looks at me.  We know what to do next. We go back to Plan A which was a ‘Spot The Issue’ activity.  The activity was super successful. 11 students tied up for the 1st place!! A 1 min on-the-spot extempore competition was conducted to pick two winners.

The students were to speak about the issues featured on ChangeBhai which were close to their hearts.

Reik Khan, 14 said “I want to do something about Child Labour in India. No parent should send their kids to work when it is time for them to study..So, Yes.. I want to use Changebhai to report all such child labour issues that I see on a daily basis in my city”

Pratik Sonawane, 15, Reik’s senior in school, said “We, the citizens are as much to blame for bad civic situation in our country as are the authorities. Educating the citizens to report the issues around them is the need of the hour”

The more we interact with young guns like you, the more we feel confident about the success that awaits ChangeBhai! 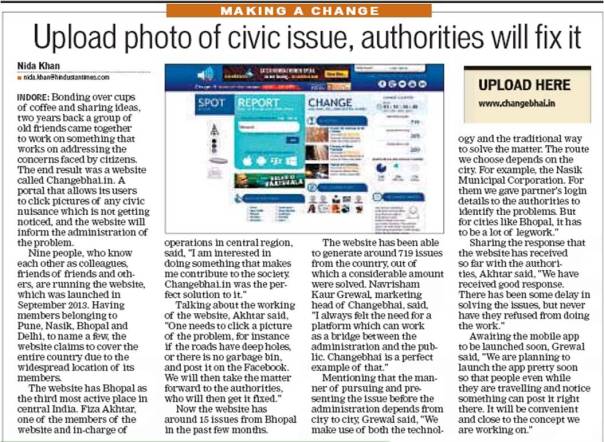 We look forward to more and more media coverage on ChangeBhai to help us raise awareness about this social impact venture.

Let me give you a reference before I come to the point. This blog is regarding two Mumbai issues (issue no. A0141 and A0125 on ChangeBhai); both of them pertaining to the same problem –  Garbage at the gates of a society called Divya Gunjan in Kandivali West.

The users reported the issue to ChangeBhai and we got it cleared through Assistant Engineer Environment – KW Ward of BMC (Brihanmumbai Municipal Corporation). The issue was closed. Fantastic! Sab khush..

Hardly a day or two passed and voila!, there comes the garbage again (grrr…at exactly the same spot). I look into the issue and get furious thinking “What the hell is wrong with BMC! The user cannot report the same issue again and again. Why can’t they place a damn bin there so that people can throw the garbage in it?” 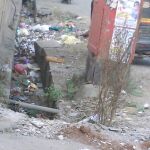 Since we, at ChangeBhai solely rely on the information shared by the concerned citizen and the respective authority, I decided to personally get in touch with the user for the feedback and the need to take up this issue with BMC strongly. The user informed me that the BMC has placed a bin close by but nobody wants to throw the garbage in it, it seems.  Holy mother of all Gods, Nooooooo!!!

So, what to do now?  Should the user keep on reporting the issue on ChangeBhai again and again whenever he/she sees it? Sounds stupid, right?

We love to point fingers at the authorities at the drop of a hat. Am confused. Who to blame? The authorities for not running after each person (who is looking for a place to throw the garbage) to ensure he/she throws it at the right place or the pathetic civic sense of the citizens (people living in and around Divya Gunjan in this case)?

Our motto is to work ‘with the authorities’ and not ‘against them’ and after having interacted with a lot of municipal corporations across the country, I can tell you for sure that most of our perceptions about them are exaggerated.  They do want to help us. But, do we want to help ourselves? We doubt.

There are new lessons to be learnt at ChangeBhai with each passing day.  It is as much about ‘Citizens ko Samjhao’ as it is about ‘BMC ko Pakao’. Ah! The sad realities of life at ChangeBhai! 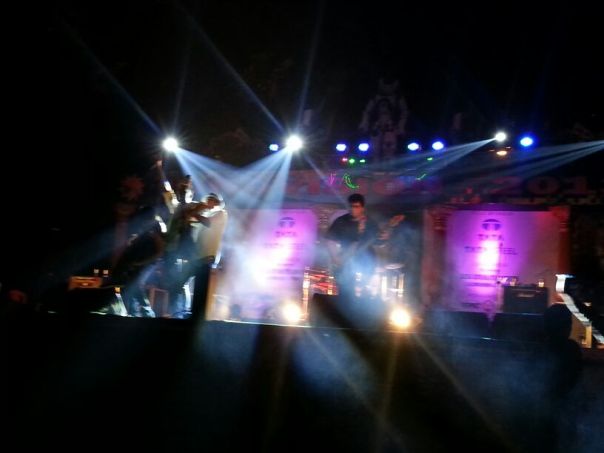